This Heavenly BBQ Chicken Pizza is an absolute favourite in our house. Yesterday, my husband told me that it is up there right with the pizza he gets at his favourite pizza place – that is quite an honour since this throw-together pizza is something that I just thought of one day and is crazy easy. This snack recipe is really just more of an idea that you can change up according to your tastes. 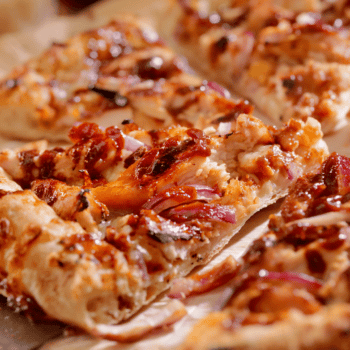